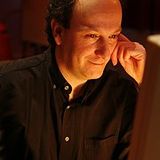 Shores of Atlantis #27
by One World Music RadioReposted

Shores of Atlantis #18
by One World Music RadioReposted

Clifford White is a creative producer with over three decades of experience in digital media. A successful music composer and producer in the 80’s, a web designer, online marketer and business owner in the 90’s and a video producer, teacher and trainer in the 00’s and beyond.

Clifford’s music career began in the early 80’s with his first solo album Ascension, composed and produced entirely by Clifford at the age of 17, and released in 1985 by New World Music. The album sold over 50,000 copies, establishing itself as all-time classic of the genre with it’s calm and serene tones and peaceful atmosphere.

Clifford went on to create a further 8 solo albums during this period, followed by a return to music in the mid-2000’s with a further 3 albums. His music is most closely compared to Vangelis, Mike Oldfield and Jean Michel Jarre and Clifford continues to produce music in his Hertfordshire based music studio.