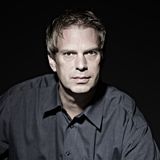 Never miss another
show from Clark

CSD Special by Clark
by Clark

3AM Eternal episode 4
by Clark

Clark is a professional DJ. Starting in the late 80s` with Funk and Soul the sound later on became House orientated.
Born in 1969 Clark grew up in a musician’s family and got influenced by artists like Earth Wind & Fire, Brothers Johnson, Crusaders.
Age 14 Clark made contact with his first mixer and 3 years later started his first residency.

Today Clark is a well-established resident DJ at “Friesen Club” , the No.1 House Club in Cologne and has played World Club Dome plus other Festivals such as Freigeist and Odonia Noir.

Clark produces "Pleasuredome", a groovy House style radio show and “3AM Eternal” which serves Deep House, Progressive House and some Techno as well on a monthly basis, both exclusively hosted on ibizaliveradio.com
On a monthly basis Clark hosts his “Vorgeplänkel” show on Colognes` 674FM radio station.

Since 2018 Clark releases his own Progressive House productions on various labels (M-Sol Deep, II.O, Groove On).

On top of DJing and producing Clark offers private D