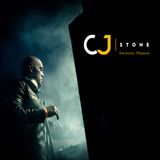 Never miss another
show from cjstoneofficial

CJ Stone aka "Andreas Litterscheid" succeeds for more than 15 years in the music Industrie.
and is one of the most talented djs and producers of the club and pop scene around the world, capturing the attention of audiences worldwide for years.

He has done it all on his own and definitly on his own term. It is hard to believe that this man discovered his love for music in his early years of 12 when he started mixing his own tracks together with cassettes and 2 recorders. It didn..t take a long time until his songs got party hits and he got his nickname ..CJ.. (cassette-jockey). A few years later he started working his work as a dj and he decided to call himself CJ Stone.