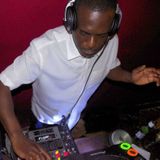 Keith Harmer (harmony Lets Move To This Mix 2109)
by HarmonyCollectiveReposted

[Grew up in London started out listening to Reggae & soul music,
moved on, electro came out then i got into the hip hop scene.
1986 I purchased brand new pair of Technics 1210s after marinating a couple years i was ready for the Rap world only when i heard the samples from yester-year
October 1988 i was introduced to m c Cardi,
I loved rap so much we made a record
The release was ROUGH POTENTIAL in 1989.
We were instantly interviewed by Radio London and Capitol Radio, Blues and Soul Magazine voted us the best British Rap Group Ever, and likened my production to Marley Marl a huge compliment i must say.
We moved on and in 1994 i ended up living in California where i found house music and found myself booking djs, and spinning up and down Cali, Malibu beach parties, club Insomnia, Little Pedros downtown and the loft parties, having fun in the sun.
I continued to enjoy the sunshine living in Ibiza for the summer of 2008
I then made the switch from wax to cd, now i`m SMITTEN.