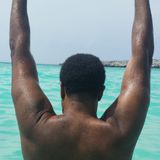 Support Chris Wilson (DJ SCANDALOUS) by subscribing directly to this channel and get access to exclusive rewards.

The O'Jays “I Love Music” pretty much sums up his deep rooted affection for music. The “stanky” funk of George Clinton and the Parliament Funkadelic was the catalyst that inspired his exploration of ALL genres of music.  Hanging with his father, who was a record distributor in the 70’s and 80s; the heart of Disco, funk, rap and rock, is what really tantalized his musical taste buds and invoked his passion for wax . House music embodied all of those genres.  Chris took that passion to college in 1987 and spent many years perfecting the art of mixing and blending with the help from his mentor, DJ Fink.  Today, you will hear his mixing style influenced from Frankie Knuckles, Ron Hardy, Lil Louis, Farley Jackmaster Funk, DJ Fink, Joe Barrett, Kenny Mahone,  DJ Clay, Daniell Spencer, Terry James and Brian Reeves.