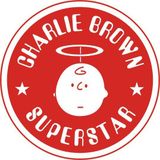 Never miss another
show from charliebrownsuperstar

Charlie Brown Superstar (aka Brett Fuller) has been spinning records in Huntington's most popular nightclubs since 1994, covering a wide range of musical genres. He currently holds residency at the V Club, where he DJ's the area's most popular and longest-running dance night, Manic Mondays, mixing the best new wave, rock and pop that the 80's and 90's had to offer. He has had the honor of performing with such nationally recognized recording artists as VHS or Beta, Arrested Development, Keller Williams, The Mike Dillon Band, Future Islands, Freekbass and Electric Six.