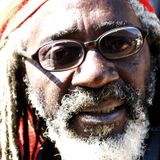 Never miss another
show from PiedPiper

PP integrates his passion and knowledge for various types of 60's and 70's organic and electronic music into a melting pot of dance music as both a producer and as a remixer, causing many to call his acid-disco.
PP operates under a plethora of monikers for a multitude of underground and indy record labels.