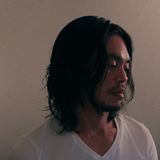 Never miss another
show from BRISA

Fukuoka based DJ and Producer, BRISA started his career  in 1997 by getting huge influenced over Acid Jazz and House music in the 1990th. He started his own music production in 2004, and have been releasing worldwide such as, UK, US, Germany, France and Italy with positive feedbacks from Giles Peterson, Lefto, Simbad, Jazzanova, Danny Krivit, Joe Claussell, Mad Mats, Lay-Far to just name a few.BRISA then released his debut album ‘Elevation Perception’ from Geneon Entertainment, with cross-genre collaborations with Monday Michiru and Paul Randolph and more.After a huge success on his debut release, he played at one of the biggest Jazz/Crossover festival in Tokyo, ‘Tokyo Crossover Jazz Festival’ in 2012. In 2013, with a string of releases on renowned labels like Jazzy Sport, Reverse, Best Of Records.
https://soundcloud.com/brisamusic
https://www.facebook.com/brisamusic
http://instagram.com/brisamusic