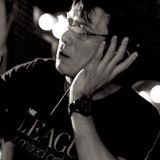 With a career that’s almost 4 decades young and still growing, Brendon P has a long history of Clubs and Music. Starting out in 1980 in the local mobile circuit, and moving on to Clubs a year later, a visit to New York in 1984, and clubs such as the Funhouse, the Paradise Garage, Dancetaria and Area weaned him into the New York club culture, and into the music that was to become the house music that we hear today. Crossing vast musical backgrounds over his years as a DJ, both locally and internationally, he continued to acquire a keen ear and passion for dance music. Having recently completed a 8 year residency at the globally renowned, Zouk Club in Singapore (in May 2009), playing with dj’s like Dubfire/Deep Dish, Francois K, Charles Webster, Dennis Ferrer, Kenny Hawkes, Little Louie Vega & Swag to name a few, Brendon now hosts several monthly and weekly residencies in clubs and bars around Singapore.