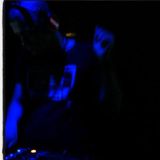 Steady On | Podcast #2
by Tommy White

WHILE THE CITY SLEEPS
by Tommy White

Steady On | Podcast #1
by Tommy White

ERA - Warm Up
by Tommy White

A DJ known for his versatility across genres blending a mix of House, Techno and Disco Tommy White has been a regular guest at sought after nights and clubs in Cape Town City. He has also graced festivals like Synergy Live and Rocking the Daisies.

His love for the odyssey of Deep, Dub and melodic techno can be heard is in deep dub techno podcasts, which is an ode to the hypnotic and rhythmic texture of Techno.

He's also a resident at Peroxide, Cape Town's synth pop and cosmic disco night as well as Steady on which is a weekly Friday gig at Harringtons Cocktail Lounge, where he flexes his eclectic muscle.