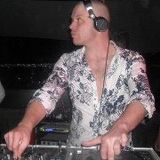 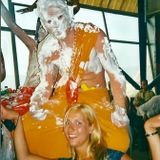 With his DJ’ing career spanning over Twenty years, Bob Frisky has held residencies at some of the world’s biggest and most famous clubs. In Ibiza Bob was resident at the world’s biggest club night, Manumisson (with crowds of 10,000 every week) for over 4 years. During this time Bob was also resident at the infamous beach club, Bora Bora, where his mammoth 8-hour sets became legendary.
As well as holding these residencies and doing numerous guests slots at other Ibiza superclubs (Space, Pacha, Es Paradis, El Divino and Amnesia) Bob also had the opportunity to work closely with UK clubbing bible Mixmag by co-promoting and DJ’ing at the magazine’s Rogues Gallery club night at Eden and going on to mix the CD Secret Ibiza for the Mixmag front cover.
In the UK Bob developed a loyal crowd-base over the years at his residencies - Scream (Bristol), Bed (Sheffield), Clockwork Orange and The Cross in London as well as honouring various guest slots up and down the country. It was after one of thes