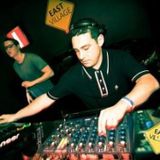 Chris MiMo head resident and promoter of one of London's most respected historical club nights MiMo.

Chris MiMo has been part of the fabric of the London's House music scene since 2004, being responsible for many of the popular parties throughout clubland. Chris, one of London’s most respected House Dj’s, also known for his crowd pleasing ‘MiMo’ parties alongside his unique, uplifting underground sounds.

Chris has always been at the forefront of the London house scene since 2004 as a ‘Pacha London’ resident. He has been a regular guest and resident at London’s most popular venues including ‘Turnmills’, ‘The Cross’, ‘Ministry of Sound’, ‘Cable’ and ‘East Village’ to name a few. His popularity has secured him bookings in clubs and festivals up and down the country, including ‘Sankeys’ in Manchester and the legendary ‘Back to Basics’ in Leeds. Chris performed for four years running at the ‘Creamfields’ festival, highlighted by closing the festival on the Cream Residents Stage in 2011