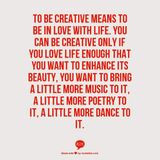 Awakening the Goddess Within – Episode 3 -Samhain
by Athlone Community Radio

Bianca Fachel is a singer-songwriter from Porto Alegre, Brazil with 25 years of musical experience in her life. Started playing piano at age of 5 and singing her compositions at music festivals in her home city. She is a self-taught musician with many influences such as Chorinho, Samba, Tropicalismo, Afro-Beat, Jazz, Bossa Nova, Soul, Funk, Blues, Folk, Electronic, Classical and Celtic music.
Bianca is currently living in Ireland and developing several projects, partnerships in music and her original songs.
She performed at Montreux Jazz Festival, Bray Jazz Festival, Havana Club Festival, Busking (music street art) in Ireland, Brazil, Germany and Switzerland.
Bianca's debut EP titled ''An Overseas Dream'' was a collaborative recording produced and recorded by her and her friend guitar player Djâmen Farias, also from the same born place as her. The EP was released in the Summer of 2015.
Coming soon with the EP she will launch a documentary about how to be an independent artist.