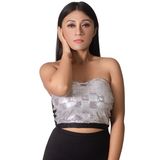 Berlin Chintia Bintang (Born 23 September), known professionally as Berlin Bintang is Indonesian Disc Jockey and Singer. She primarily performs electro music, but has diversified her genre and musical style, drawing influences from HipHop, R&B, Trap, and Twerk music. In Indonesia, She is best known as a dj with stage act performance and live PA set.

In 2013 she was named as Runner Up for DJ Beat Battle in Samarinda and perform as opening act for Emma Hewitt. In 2017 she was placed among the other female dj in the world, on djanetop list poll and sit at number 9 in Indonesia and number 39 in Asia for best female dj.