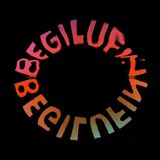 Never miss another
show from Begilufin

Begilufin is an hour long radio show broadcast live twice a month from the heart of Berlin on the station Pi Radio. On Begilufin we play a wild, confusing mess of international sounds, stretching from the birth of recorded music to something we heard two days ago. We do our best to ignore the normal, accentuate the weird, and ignore borders, boundaries and time-zones. Each show revolves around a central theme and then we surprise each other (and you, dear listener) with our selections live on air.

Since you ask, ‘Begilufin’ is a Hebrew word meaning intoxicated, inebriated, drunk, sozzled or smashed - a perfect description of the delirious off-centre mix of crazed music we like to spin on the show or indeed the effect it might have on your ears.

Begilufin was created by Ziv Lode in 2010. Ziv was joined by Dan Abbott a couples of years later after a chance meeting in a kindergarten playground revealed a mutual love of the music of Erkin ‘The Turkish Hendrix’ Koray.