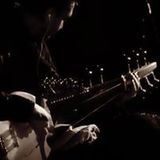 Never miss another
show from Sarod by Avi

Soul Organica
by Sarod by Avi

Lost in the Digital Age Mix
by Sarod by Avi

Avi Kishna is an Indian classical musician, producer and coach, armed with enthusiasm, positivity and diversity.

He is co-founder of Imperceptible Art, setting up projects for and with a wide variety of artists. As both musician and producer he exclusively works for Imperceptible Art. As musician his main instrument is the sarod. His music is known for very intuitive melodies combined with splendid technique, that show off his talent and virtuosity. He can instantly catch the mood of the moment and take you into his own world.

Sarod is one of the most popular Indian Classical stringed instruments (lute). Avi got his training in Indian Classical Music from his Guru; Sri Koustuv Ray, an Indian musical virtuoso who recently passed away at his residence near Amsterdam.

Sarod by Avi is performed live in classical as well as crossover settings at different venues around The Netherlands: