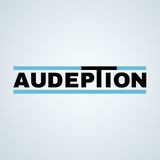 Never miss another
show from Audeption

During the 90s-era a young boy from germany was very interested in computers and how to create music with them. He sampled files that were previously recorded with simple keyboards and microphones.
These self created pieces of music were recorded to tape and distributed to friends at school.

Later in 2003 the artist Backtracking was born and the first steps with electronic synthesizers and drum computers began. After many
releases on various net labels, the project Audeption extends the spectrum of audio creations in many ways.

Audeption also deals with electronic music like dance, hardstyle and EDM. The tracks have powerful beats, paired with emotional melodies and they appear regularly on the label Audeption Records.
The person behind all this is Thomas Lepping and today its studio is located in Münster/Germany.