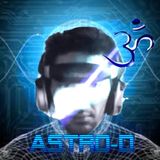 Dim Day Get Down
by Astro D

Dim Day Get Down On It
by Astro D

Astro - D aka Skyway aka Dim Day is a Corfu Greece based multi genre music project helmed by Dimtris Bletsas. With several full length albums and tons of singles and EPs released this world trotting act continues to gain momentum across the planet with solid productions, memorable anthems, and top collaborations and remixes with many of the worlds leading bands and labels, who got his start DJing in Athens in the early 90's, spinning techno and breaks in several famous clubs. In March 2013 he released his first EP Separate Reality on Ovnimoon Records, reaching #17 on Beaport’s top 100 Psytrance chart. August 2013 his second EP Forestphonic and single Step Beyond received support from well-known UK DJ Lisa Lashes included in her top 10 Beatport charts. His release on Pharmacy Music was supported By Paul Van Dyk and Christopher Lawrence in August 2014. His first #1 hit came the next year with his remix of a classic trance track on Andy Ling’s Fixation (Hooj Choons) that also reached #55