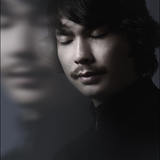 Antimaterium @ 29.09.15 Out and Loud - Hannibal Garmisch
by Marco Asam

Antimaterium, started to Produce at the young age of 17 and DJing under the name Antidot even earlier. As a child he visited a lot of places in the world, which influenced him and his music a lot.

The reputation of his underground tracks is growing. The name is derived from Antimatter, which represents the unseeable world, the nothingness or Void. It should remind us that there is much more going on around us, than we can sense and that this unseeable world is changing our whole world immensely every moment. Furthermore it should remind us to live in unity with everything and everyone.

Starting to DJ Techno music in clubs, it was a logic step to start his own Label Gene 9 Records and produce his own kind of music. Focusing on special frequencies.