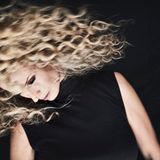 Clubbing was in its infancy when Berlin-born Monika Kruse began her first residency at the Babalu bar in Munich, where she grew up. Classically trained in piano from the age of four, Monika has always had a love of music and her early sets spanned hip hop, funk, soul and early deep and vocal house. This new breed of electronic music seized Monika’s soul and imagination. Dance music was in its infancy and since there were few clubs where you could play techno she threw her own parties in illegal venues ranging from World War II bunkers to trams to empty houses. Fortunately the police were a little behind the musical curve… “I had some funny experiences,” she recalls, “But nice ones! They stopped us once in a tram because they thought the smoke machine was a fire!” On another occasion, they came and asked her to turn down the bass so the house they were playing in wouldn’t crumble. “Luckily, they didn’t have a clue about techno!”