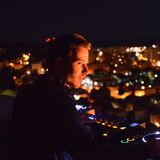 Never miss another
show from Bakula

Bakula (formerly Bake Junior) is a DJ based in Šibenik (Croatia). Musical beginnings of this laidback guy can be traced back to 2008 when he started to learn basic DJ techniques from his father, who is one of the pioneer DJs in Dalmatia. As a kid, he would get thrilled by house music, especially with it's classic 90's sound. At the same time, while digging through his father's record collection, he gradually discovered the world of groove through disco, funk and soul. Nowadays, his DJ sets are diverse, telling the story through house, disco, funk, breakbeat, you name it.

In 2018 he became a resident DJ of RatCat organisation which hosts some of the most interesting DJs of today's clubbing scene in most unusual and attractive locations. Always aspiring after creativity, his morning DJ set from Šibenik City Hall was one of his most remarkable moments of 2018 (https://bit.ly/2AQrBgg). Finally he was nominated as ''Young Dj of 2018'' by the Croatian music award Ambasador.