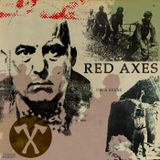 Red Axes is a project created by Tel-Aviv based producers and DJs Dori Sadovnik and Niv Arzi.

The duo has been performing together since a long time, first as members of the new wave / post punk band Red Cotton.

After living in Amsterdam and traveling in Europe, the guys returned to Tel-Aviv and began an underground psychedelic electronic party series called "Break It!" which brought refreshing energy into the Tel Aviv scene .

In 2009, they established a new vision and concept for all of their artistic endeavors - focusing on house, disco and techno. Several Red Axes EPs came out between 2009 and 2011.

At 2012 they released “Tour de Chile” EP on I’m a Cliché and another EP on the same label - “1970”, in addition to remixes and original tracks for La Belle or Clouded Vision and Days of being wild.