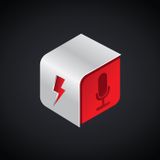 Alternate Current Radio (ACR) is the premiere Independent talk and music podcasting collective on the internet. ACR is for listeners who want a lens into 21st century media that is based in common sense and a realistic context of the times, untainted by the lies of the corporate mass media cartels, the phony dialectics of identity politics and the charlatans of Silicon Valley.

Owned and operated by the host of the infamous BOILER ROOM podcast, 'Hesher,' home to the galactic news omnibus, SUNDAY WIRE, hang out of the 'Social Rejects Club', meeting house of the MYSTICAL AMERICAN PATRIOTS SOCIETY, a place where there's always a RUCKUS AMONG US, for those that have been ODDMAN OUT in their circles and for those striving to find that SOUL PURPOSE in the 'new-abnormal.'