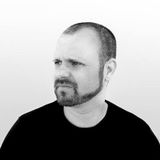 Never miss another
show from Al-Fernandez

* Born in the 70s in 1995 when he decided to start his career as a Deejay acting in several clubs in the city and later became a disc jockey known in the club scene of Barcelona. One of the most popular internationally in the present Elrow.

Al-Fernandez is a Dj, that adapt his set to any type of electronic audience. When ever the opportunity comes Al-Fernandez likes to perform his expertise and wide range of knowledge of today’s electronic music on his set where we can listen Deep House, House, Tech House , Techno among others.
His first release as a producer was in 2011 with an call track
"" Groovedown"" with his friend and fellow Javi Vila, his first alone shows in 2014 with call track " It´s Good "

*Currently still working in his studio with new projects and performances.*