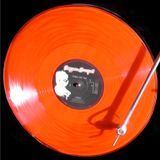 I've spent years spinning alternative music in underground clubs and radio. I have written a few screenplays, including the starting point for «MTL punk», a documentary on the early Montreal punk scene (which I co-directed). I've also written a novel where I express my passion for music (Accro vinyle) and two other ones where I tell about my journey through the 80's underground scene. (I write in french). more infos at : http://alaincliche.weebly.com/