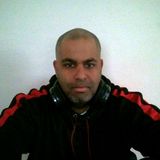 Voc first started spinning records at the age of 12. Growing up on the south side of Chicago provided him with many influences such as the Hot Mix 5, Pharris Thomas, Ron Hardy, Frankie Knuckles, Lil Louis &amp; Steve Hurley. Voc made a few appearances on the big stage early on. Those appearances included the Ascot Hotel (Chicago), The Hyde Park Racketball Club (Chicago) and a guest appearance on WKKC Chicago in the 80's. These appearances were along side the likes of Mr. Gene Hunt, Tyree Cooper, Pharris Thomas and Lloyd Dev just to name a few... Recent appearances at Artis's Lounge in Chicago, one with Gene Hunt and at the Output Lounge with Dave Britton and Czr. Voc has upcoming appearances as a resident at The Uptown Lounge (Chicago) and was just a guest DJ on Chicago's Soul 106.3 FM along side of Mike Dunn, Dj Lil John and Sundance. Voc took an absence from actively mixing for over ten years. Made a return in 2007 and hasn't looked back.