A Genealogy of the Emergence of Decoloniality with Dr. Roberto D. Hernandez 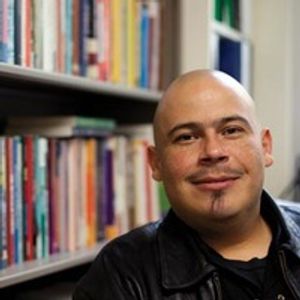 A Genealogy of the Emergence of Decoloniality with Dr. Roberto D. Hernandezby Vitamin_D

In today's podcast Vitamin D reached out to Dr. Roberto D. Hernandez of San Diego State University to talk about the concept of decoloniality and the history of its emergence within the context of his own political formation as a Chicano activist raised in San Ysidro - blocks from the U.S.-Mexico border and the site of the busiest port of entry in the world. In what is hoped to be the first segment of a two-part discussion we touched on the post-1992 quincentenary protests of Columbus' arrival in the Americas as a rife period for reformulating questions of colonization. Roberto talks us through the novel and radical sentiments informing the political movements of that time and how they tie in with emergent theories of European Modernity as coloniality. We also discuss Chicana/Chicano identity, the thought of Anibal Quijano, the synthesis of major third world theories into an analysis of decoloniality, and Roberto's work on border logic and indigenous knowledge systems.