The Souls of Muslim Folk: Islam and Decolonial Futures 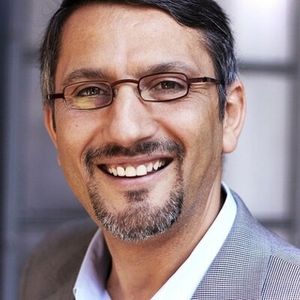 The Souls of Muslim Folk: Islam and Decolonial Futuresby Vitamin_D

Vitamin D recently caught up with Dr. Hatem Bazian of UC Berkeley at the Institutional Islamophobia conference held in London where he was gracious enough to spend some time with us to go over his background both as a decolonial scholar and an activist engaged in various liberation struggles.

We were also joined by the OOMK collective's Hudda Khaireh as we touched on the Western university's complicity in the expansion of eurocentric projects, the uneasy discourse of 'Muslimness' as an identity in the West as well as the Islamicate world's place within the colonial matrix generally , and finally, Dr. Bazian's own intellectual engagements with the Duboisian concept of double consciousness and formulation of a liberation theology based on Islamic principles.