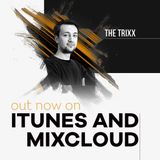 Never miss another
show from The Trixx

The Trixx is Croatian producer. The project was a duo until 2016, when one of the guys moved to Norway, so one of the guys decided to continue his musical journey alone. So far, The Trixx project released tracks on various labels, such as legendary Mixmash label, Housession, Ensis Records and more. His mentor is the legend himself - Laidback Luke. The biggest releases so far were "Working Hard" which was Beatport Top 30 track in 2017., "Forever", "Till the Sky is Falling", "Follow Me" and more. With the support from the names such as Laidback Luke, Afrojack and Don Diablo, The Trixx also played on the Ultra Europe Worldwide stage in 2016., as well as many other amazing clubs and festivals. The Trixx also managed to remix names such as Jerry Ropero, DONS and Freemasons, and there is more to come. Subscribe to his podcast for the weekly dose of fresh new music - you wont regret it. :)