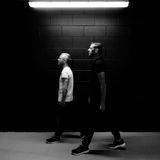 Never miss another
show from The Shapeshifters

The Shapeshifters are arguably one of the UKs most successful dance acts. Period. With the legendary hit ‘Lola’s Theme’ under their belts amongst other standout productions and collaborations it’s not hard to see why these guys are stalwarts of the British Dance culture.Fast forward over ten years to today and these guys are now running their own successful label and radio show ‘Love Inc Music’ which is now on it’s 17th release since launching last year and is home to some of the guys’ recent releases including ‘Heartache ft Calvin Lynch’ and ‘Be Free ft Berri Farley’ with impressive support from leading jocks across the board.This year, the guys have raised the bar with their new EP ‘It’s You ft River’ released on Defected in May, featuring remixes from Purple Disco Machine and No Logo. Later in July will be the debut release of ‘The Chase ft Kisch’ on Love & Other with support already mounting from Pete Tong on BBC Radio 1.