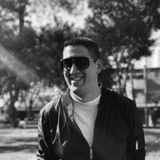 Paulo Rivera born in April 1987, Lima Peru, had a quite remarkable musical inclination on the part of brothers, from very small frequenting music stores where little by little you feel a great interest in bands like New Order, Depeche Mode, Simply Red, despite with few sources that was taking place. In the period from 1995 to 1998 were around their favorite musical genres to the Hip Hop, Grunge and New Wave. It was in mid-1999 which has a strong affinity and respect for electronic music, from his knowledge alone often hear the sets they produced the great djs at the time such as Paul Oakendfold, Hernan Cattaneo, Way Out West, Underworld, Satoshi Tomiie, Mara. It's mid 2001, where he has been mixing school and music theory from the date the predominant style is Progressive House in a style that accompanied him from the beginning and now still stands, then went exploring into other styles like progressive goa , progressive psy and later the Deep House