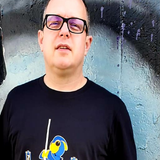 Jason Brauer lives for making people dance, and to always tell a story through his music. From house to techno and everything in between, mixing them together in a different way and exploring the boundaries of each genre is a huge part of Jasons style of djing. He’s played at Burning Man, rave
parties around the world, and many clubs in Vancouver and the west coast. From his early days ofsearching for an elusive 12” mix on vinyl, to layering a 4 hour techno set in Traktor, djing will always be an important part of his life. Inspired by the progressive house sounds of Sasha and John Digweed, he quickly found his music niche. The Global Underground mixes from Ibiza, Sydney, and Cape Town were the textbooks that he studied relentlessly.

A lot has changed since he bought his first pair of Technics to now when music is everywhere and everyone is a DJ. With his ear always on what is new and fresh, he continues to push the envelope when he plays.