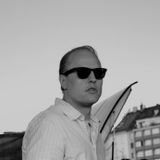 Support Steve Itch by subscribing directly to this channel and get access to exclusive rewards.

As an avid collector, Steve began buying records at an early age. Starting out in the mid-90s, electronic music quickly became his main influence. After many years of travelling across Germany and Austria, he decided to make Vienna his new home. For the last five years, Steve played all over the city at well-known venues and festivals. He likes to play beautiful tracks with plenty of low end and is always trying to create the best possible time for his audience. | Steve.Itch3@gmail.com