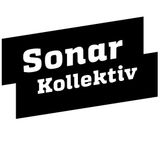 Sonar Kollektiv is a Berlin based independent record label and publisher connected to a worldwide distribution network.

Sonar Kollektiv was founded by Berlin's DJ and producer team Jazzanova (www.jazzanova.net) in 1998. Since then SK releases and features music far above and beyond average commercial standards. The musicians, DJs, graphic designers, artists, friends and families involved try to protect the idea of quality in music no matter which individual sound or style is featured. All members participate in the process of production and the decisions about future releases.