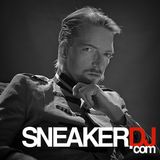 Never miss another
show from SneakerDJ

So Get Up : Ed Isar invite Sneaker DJ - 28 Septembre 2020
by Rinse FranceReposted

Whether as a producer or DJ - he’s doing it properly but always after careful consideration. Early on, he fell in love with Detroit and Chicago but furthermore there are the obscure Italo-, New Wave- and Minimal Synth-gems that provide his productions that certain flavour.

'You Think You Think!' on Uncanny Valley Rec. has enriched the sets of Daniel Bell(DBX), Crème's TLR, Cassius, Traxx, Deetron and was featured on the FabricLive-CD of Daniel Avery. After the collaboration “Heteronomous” for Jacob Korn's album it was time for the EP ‘Java/Sumatra’. Remixes of Twilight Ritual and Esplendor Geométrico were issued on Frigio Rec./Madrid. Specialiced on edits of dance (un-)classics he’s one of the heads behind the label Ratlife. Along with Korn & Credit 00 he contributed to the ‘Our Beat Is Still New’ series on ‘Red D’s We Play House/Belgium label.