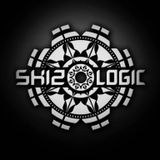 Never miss another
show from Skizologic

Skizologic Maor Hasbani is an Israeli based Dj and producer working under the alias name Skizologic, focusing on Psychedelic, Goa trance & Psytance. Skizologic is one of Israel's busiest Artists, and a active member of the israeli psytrance scene. Maor was drown to music since an early age, When he was 13 years old he was exposed to electronic music and since then he start collecting it. At seventeen of age Maor began performing at friend’s gatherings and quickly made a breakthrough into more commercial raves. In 2004 he started organizing nature parties. His parties are important milestones for the Israeli trance scene with worldwide known events under the names Solaris Project & Klika Of Happiness which from one side preserve the old school music and vibe and from the other side brings the fusion of downtempo beats from around the globe. Maor was also o...