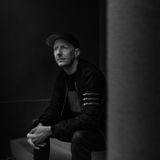 Never miss another
show from Andrew Till

ANDREW TILL - MACHINE LABEL PODCAST : FNOOB MAY 2017
by Andrew TillReposted

Andrew Till - In The Shadows
by Andrew TillReposted

With a career spanning over 29 years, Andrew Till is one of few players with a stake in, not only the establishment, but the defining of electronic music in Australia.

Amidst a budding club and rave culture, hot on the heels of the halcyon summer of love, Andrew Till was amongst the first delivering the new dawn. First as DJ and event organizer, then as co-founder of Australia’s first and most influential electronic label, Psy-Harmonics 1993 -2009.
Later establishing Machine in 2009 as his new techno imprint and club night,

Andrew is known for being an innovator: a stylist whose sets are part conjuring act, part act of persuasion: a composite of timing and compositional balance. He mesmerizes with beautifully realized structure and broadens horizons with his call to war: the tension of being swept up in the familiar, and dropped into the unknown.

A view to the horizon and an open minded appraisal of emerging sounds.