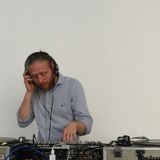 Episodio #3 - The birth of Jamaican Music
by Skat Busted

Episodio #2 - My Tribute to Mr.Soul Of Jamaica
by Skat Busted

Catello Apuzzo, aka Skat Busted, was born in Castellammare di Stabia, taking its first steps as a percussionist between Latin jazz and Afro-Cuban music. He approaches djing in 2013, starting his journey of musical research from the sound of Jamaica in the late 50s and early 60s, thus creating the foundations of his training as Selector. It starts from the first, thunderous, genuine wave of the Ska following in all its forms, evolutions and migrations that the genre has had: Rocksteady, Reggae, Roots, 2 Tone, Reggae Muffin, Dub, up to the English Rude Boy Sound. The training as a percussionist and the inclination towards the Latin rhythms leads him to return to the origins; from Africa to Latin America, describing a journey that never ends, where the rhythm is primordial: Cuba, Mexico, Peru, Colombia and an obsessive search for his latest love, the Cumbia. Eclectic by nature, collector for devotion, Dj Selecta by vocation.