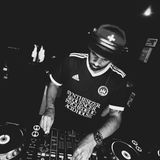 DJ and producer S H A Z Z E is an International artist & a event promoter.Music has been hard-wired into his DNA from a very young age.He entered in the industry in early 2000 teaching himself how to DJ & making crowds of people dance after.
Over 10 years later, SHAZZE has wasted no time in making a name for himself on the local club circuit, regularly playing in some of the biggest clubs in London (Ministry Of Sound & EGG)supporting International acts such as Bob Sinclair,Dannic,Hernan Cattaneo, Cosmic gate just to name a few.
SHAZZE is also a creator and owner of 4AM Events covering tech house,techno,melodichouse, afrohouse & everything in between, featuring burgeoning DJ’s from the international underground circuit.