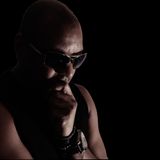 Never miss another
show from Scorchfelix

Scorch Felix is the exciting new alias for the artist formerly known as DJ Ian B, DJ Farouch and Amnesia Allstars. The UK artist began his career hosting his own show on Kiss 90 FM before spending time with BBC Radio 1 legends, the Dreem Teem. This meeting of minds kick-started a prolific production career which has seen him rework tracks from artists as diverse as Massive Attack, Michael Jackson, Ice T, S-Express, Chic & David Bowie and subsequently saw him signed to Fatboy Slim’s Southern Fried label. Constantly evolving, he has effortlessly moved with the times to produce hit after hit to critical acclaim.

Having also travelled the globe as a most in-demand and technically gifted DJ over this period, his new Scorch Felix identity is the stunning result of all his experiences and expertise from a career spanning more than 15 years, and is arguably his most creative and exciting re-birth to date.