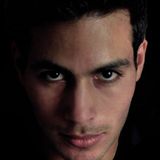 Born on 14 Juin , 1988 in Sfax.Tunisia SAMY CHELLY is one of Tunisian's hottest rising talents making a name for himself as
a heavy-hitter in the electronic music world.

DJ Producer & Label Manager are all roles that Samy adopts as his passion for dance music shines through.

Samy had the opportunity to share experiences with other well known national djs thoses artists who had influenced the style of his sound expanded for the Techno Teky Groovy House ...

It's not easy to describe his sound, or even to put it into one genre. It's influenced by his background of different styles of music, combined with percussive grooves, deep bass lines, huge breakdowns and a lot of experimental sounds, it's like a composition of various music genres that are combined to create a new track.

Behind the decks Samy never fails to deliver,
his exceptional technical skills, variety of music and that added personal touch make him stand out !