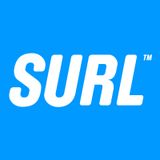 Never miss another
show from SURL

Endless Summer by EVERYDAYZ
by SURL

Tribute to Sean Price
by SURL

The Canicule Mixtape
by SURL

Best of Rivals : Lil Wayne vs Young Thug
by SURL

SURL Magazine is a six-year-old-hip-hop-specialized website based in France, with staff located in Paris and Lyon. Since 2009 SURL Magazine has grown up to be one of the most recognized hip-hop website in France and was awarded best "street-culture-oriented website" in 2010 by the Golden Blog Awards jury in Paris. To this day we have written more than 500 articles. Over the last three years only, more than 550,000 different visitors have come to our website, generating just under 3 million page views during the same period of time.

Functioning with non-paid staff whose only will is to defend the hip-hop culture and its mediatic coverage in France, SURL Magazine now has a team of around 20 people with various skills. Journalists, graphic designers, artists, movie-makers with the same objective, serving the French audience a vindicating portrayal of this culture.