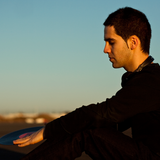 Never miss another
show from Rygen

Rygen could have become a marvellous cook, a comics villain or even a professional greeter, but he missed it!

If at least someone had kept him from buying two turntables and a device equivalent to a hand blender (though for mixing music) back in 1999, he might have reached stardom in any of those three. Stubborn as a mule, he insisted in developing skills as a disc jockey, though it’s hard to figure out what for.

They say it’s not an easy task to catalog this guy’s music selections when it’s party time. Is that really true?
Well, one thing is certain: from his first gigs till the present day, Rygen has always been passionate about presenting people with music which is new to them.

You’ll easily find him involved with a group of outlaws named "Enlarge Your Audio" and he was also part of the portuguese djs & promoters collective Da Providers and Freima.