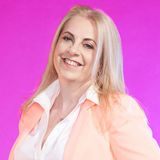 The Peformance Series on JazzFM: 28 November 2022
HQ
by Ruth Fisher

I began working in radio in the mid 90′s in Israel, presenting on two stations based in Jerusalem & Tel Aviv. Returning to London in 2003, I have presented on various internet radio stations both in the UK and USA. In 2010, I joined Solar Radio presenting the weekly specialist jazz show, Notes & Tones and in 2016, joined JazzFM presenting Full Circle.