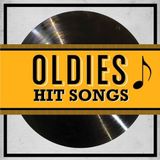 Never miss another
show from Rosany21

Alptraum - For My Little Kitten
by Noize PollutionReposted

Isle of Man, Man also spelled Mann, Manx-Gaelic Ellan Vannin or Mannin, Latin Mona or Monapia, one of the British Isles, located in the Irish Sea off the northwest coast of England. The island lies roughly equidistant between England, Ireland, Scotland, and Wales. The Isle of Man is not part of the United Kingdom but rather is a crown possession (since 1828) that is self-governing in its internal affairs under the supervision of the British Home Office.