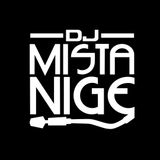 A multi talented DJ with over 30 years experience "Mista Nige" takes music and shares it with the world. Founded in 1988, London resident Nigel started "The Party Zone Mobile Disco" an outlet to play music and feed his love of vinyl and in particular the US & UK Garage & House sound. Playing at raves, clubs, pubs, bars and parties his reputation soon ensured regular work as a mobile and club DJ. Nigel was invited to Singapore to show his DJing skills to a company which supplied full time DJ's to 5 Star Hotel's around the world, he was offered a position in the company's Dubai office and took the plunge (and his records) on a journey into the Middle East. Playing at the Hilton Abu Dhabi as resident DJ Nigel soon bought the club up to the number one night spot in the Emirate, the nightclub was soon upgraded to a state of the art setup which Nigel opened and continued to DJ at 6 nights a week. He then moved to Australia where a number of residencies and gigs have been played!