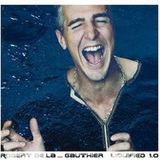 From Montreal Canada
Lived 14 years in Europe where he played a lot in DE, NL, BE, CH, then his gigs extended to the rest of the world

A positive inspiration for many, his 30 years plus of experience & unique style as artist/dj/producer earned him an impressive worldwide reputation
Often referred to by the press as a prodigy, legend & pioneer