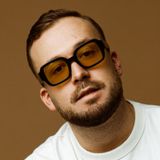 Authentic house music with a familiar feel and international appeal. That’s the sound of Rob Black to everyone who’s already crossed paths with the Dutchman at various premier festivals in his home country. Unleashing a surge of danceability with every record he creates, the Armada Music signee is breaking out of his national confines and setting himself up for quite a run in the international dance music circuit.
Rob Black has been rapidly making name for himself, maturing as an artist with every step he takes. He has headlined festivals such as Mysteryland, Dance Valley, Amsterdam Open Air, Wish Outdoor, 7th Sunday and Zwarte Cross, collected over a million streams on Spotify and even indulged in a few crossover songs between house and Dutch rap a few years back. But as someone who’s always looking to push onward and reinvent himself, Rob Black has outgrown his initial hunting grounds, leaving him with no choice but to impact the lives of dance music fans on an international scale. A