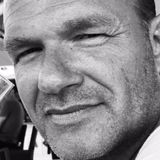 Never miss another
show from Rewintrance

Erwin Rietbergen (the man behind Rewintrance) was born in Utrecht, The Netherlands in 1969. Since an early age he listened to the weekly Soul Show and offcourse In The Mix by Ben Liebrand. After Ben’s first Grandmix in 1983 he knew for sure: this is what he wanted to do. His first broadcoast on national radio was in 1988 in a program called ‘Dance Tracks’ (the follow up of Soul Show) with a remix of Michael Jackson’s Dirty Diana. More mixing skills were broadcasted on the famous radioshow from Robin Albers (Jaydee), who promoted the Dutch DJ scene with ‘Avro’s Drie Maal Doordraai’. In 1992 Erwin (with the nickname DJ Dr Nameless) reached the finals of the Dutch House DJ Contest, together with Tijs Verwest (yes, Tiësto himself), DJ Pavo and winner DJ Ozonic. Time passes by, just like life, but his passion for mixing never faded.