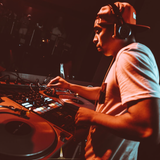 Never miss another
show from RapidRic

Rapid Ric is a professional DJ from Austin/Houston, TX who has played in over 30 countries. Ric attained his first paid club residency at 15, and since then has DJ'ed for hundreds of clients around the world.

Besides being a DJ, Rapid Ric is also a producer & studio engineer. His production credits include artists like B.O.B., Chamillionaire, & Scarface just to name a few. His studio, DMG Houston, has a client list that includes Grammy WInner Big Sean, Mac Miller, Kendrick Lamar, & Bun B. Recordings from Rapid Ric's studio have been featured on albums by DJ Khaled, Tyga, and Yung Jeezy.

Once a Tour Dj for Chamillionaire & other successful artists, Rapid Ric stays actively DJing with the largest bookings being Clubs, then Live Music Venues, Private Events, and then World Tours; which Ric has done six now.